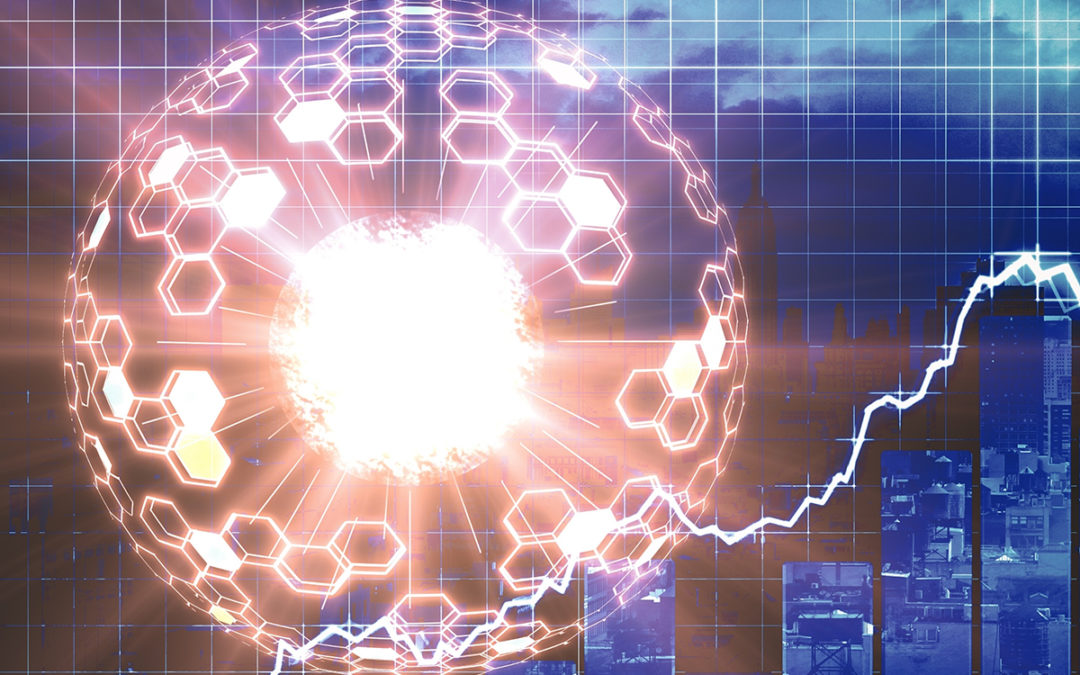 They both rose to fame decades ago.  One was an Austrian economist; the other, an American engineer.  What can Joseph Schumpeter and Gordon Moore possibly teach us about sustainable finance in the 21st century?

Why?  Because our world is failing to deliver on funding the Sustainable Development Goals (SDGs).  Up to now, we’ve been falling short at least $2 trillion annually, and with the current COVID-19 crisis, this shortfall will skyrocket.

Now, more than ever, we need to rethink.  Not in a scaling-up kind of way; not in a redouble-our-efforts kind of way.  No, we need a revolution.

Schumpeter coined the term “creative destruction” in 1942.  It refers to “the process of industrial mutation that revolutionizes the economic structure from within, incessantly destroying the old one, incessantly creating a new one.” Creative destruction sees entrepreneurial innovation as a disruptive force that propels economies forward even as it devalues established corporate structures – think of Apple’s ascendance in the face of behemoths like IBM.  MIT estimates that the process of creative destruction accounts for over 50% of productivity growth across industries.

Later, in the 1960s, Moore predicted that computer processing capacity would double every two years, while the cost of computing would fall.  His prediction held true for more than four decades.  Moore’s thinking has indelibly influenced how we think about productivity and innovation today.

These concepts are as important today as when they arose.  To close the SDG funding gap, we need radical productivity.  We need to double the mobilization of capital every two years.  This won’t be possible without revolutionary, iconoclastic innovation.

Time is short.  Bold thinking must carry the day.  Ground-breaking ideas must be unleashed – the sooner, the better.

Experimentation must be encouraged, and failures must be accepted.

The good news is that the money is already there; it’s simply a matter of unlocking it.  PwC estimates that, in Europe alone, institutional investors hold more than $24 trillion in assets under management.  How can this kind of capital be mobilized for SDGs?

Myriad pathways are possible, but several important threads are emerging.

First, we must encourage strange bedfellows from across the funding spectrum. Recently, IFC collaborated with SEB, a Nordic investment bank, to mobilize – via a targeted bond issue – some $300 million from three Swedish institutional investors to help provide support and funding to companies in developing countries severely affected by Covid-19.  Can we mobilize this patient capital on a revolving scale without tying up multilateral balance sheets?

Second, blended finance needs a reboot from version 1.0 to 2.0 – the market has plateaued in annual volume and deal activity, and public-private leverage numbers are underwhelming.  So how can we unleash its potential? enhanced currency risk mitigation? private equity index funds with liquidity backstops? expanded fintech for vulnerable supply chains?

Third, embrace the rise of the foundations.  Western governments have long deployed official development assistance (ODA) to help improve lives in poor places.  Yet this public primacy is quickly and irrevocably being displaced by “private development assistance” (PDA) from major foundations.  The Gates Foundation alone provides more PDA annually than the ODA of Canada, Australia, Denmark, Switzerland, or Spain.  The major foundations are nimble, strategic and innovative.  How best to harness their catalytic capacity?

And where to we go from here?

In short, it requires a fundamental understanding of what motivates private capital to roll out of bed.  Inevitably, this means removing barriers to facilitate the flow.  Some barriers may be regulatory, some may arise from misconceptions, and some relate to risk/return equations.

Like Schumpeter and Moore, we can sense the need for creative destruction and radical productivity.  Ours is a moment of unprecedented challenge and opportunity.  Let’s meet it head on.